The HIVE (Hub for Immersive Visualisation and eResearch) at Curtin University in Perth, Western Australia, is one of the most advanced visualisation facilities of its kind, and the only one in the world that contains five different large-scale visualisation displays. Its work with technologies such as virtual reality (VR), augmented reality, data and scientific visualisation, photogrammetric 3D reconstruction, and volumetric imaging has been used to, among other things, help patients with spinal cord injuries, investigate consumer behaviour and create virtual experiences of shipwreck sites.

“Essentially, it is a sandbox offering university research staff the opportunity to explore a wide range of visualisation technology options in research projects across all expertise areas,” explains associate professor Andrew Woods, manager of the Curtin HIVE, who also served as the client lead for the upgrade project. “The facility was originally established in 2013, so it was definitely time to update the HIVE AV systems with the latest projection technology,” he adds. 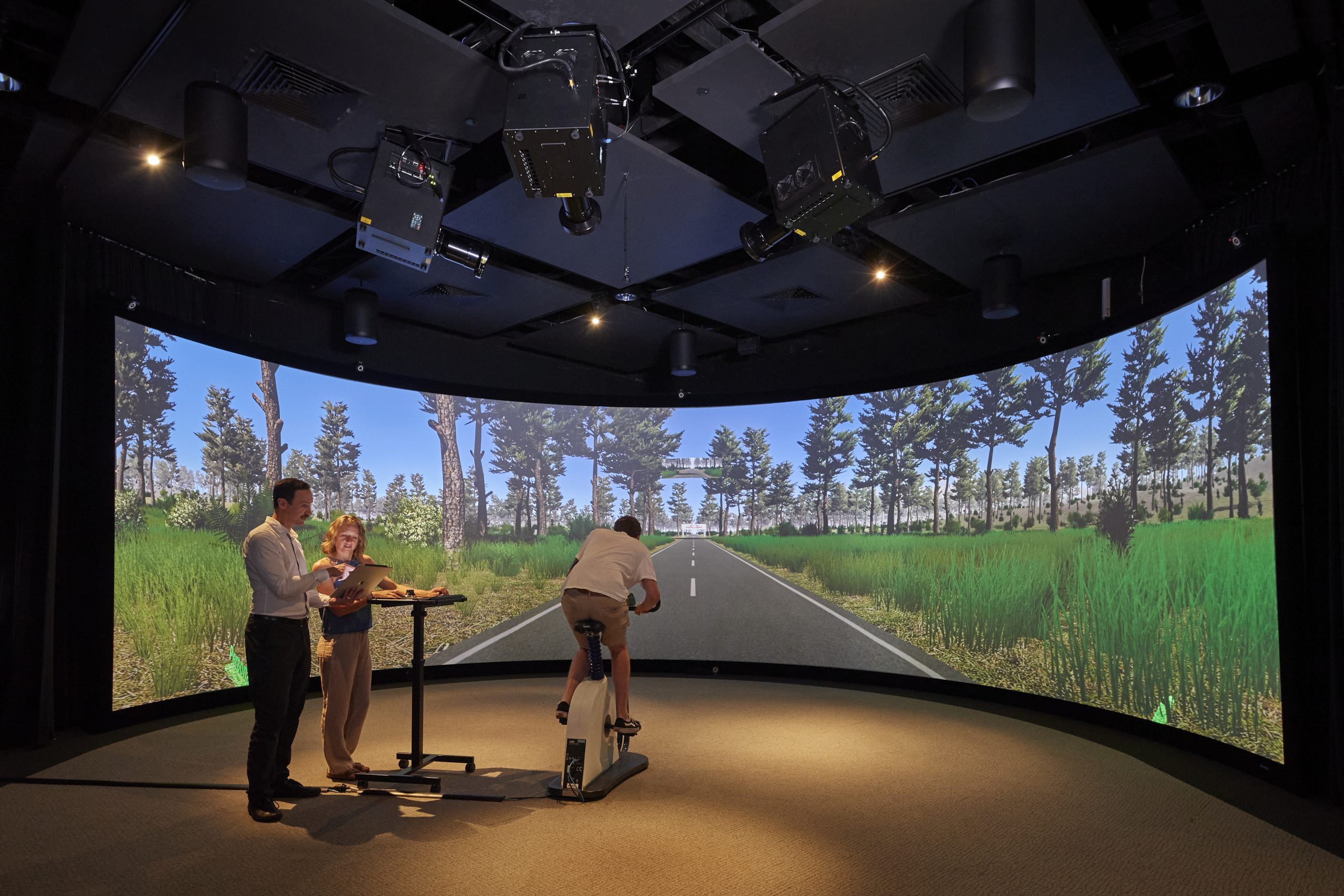 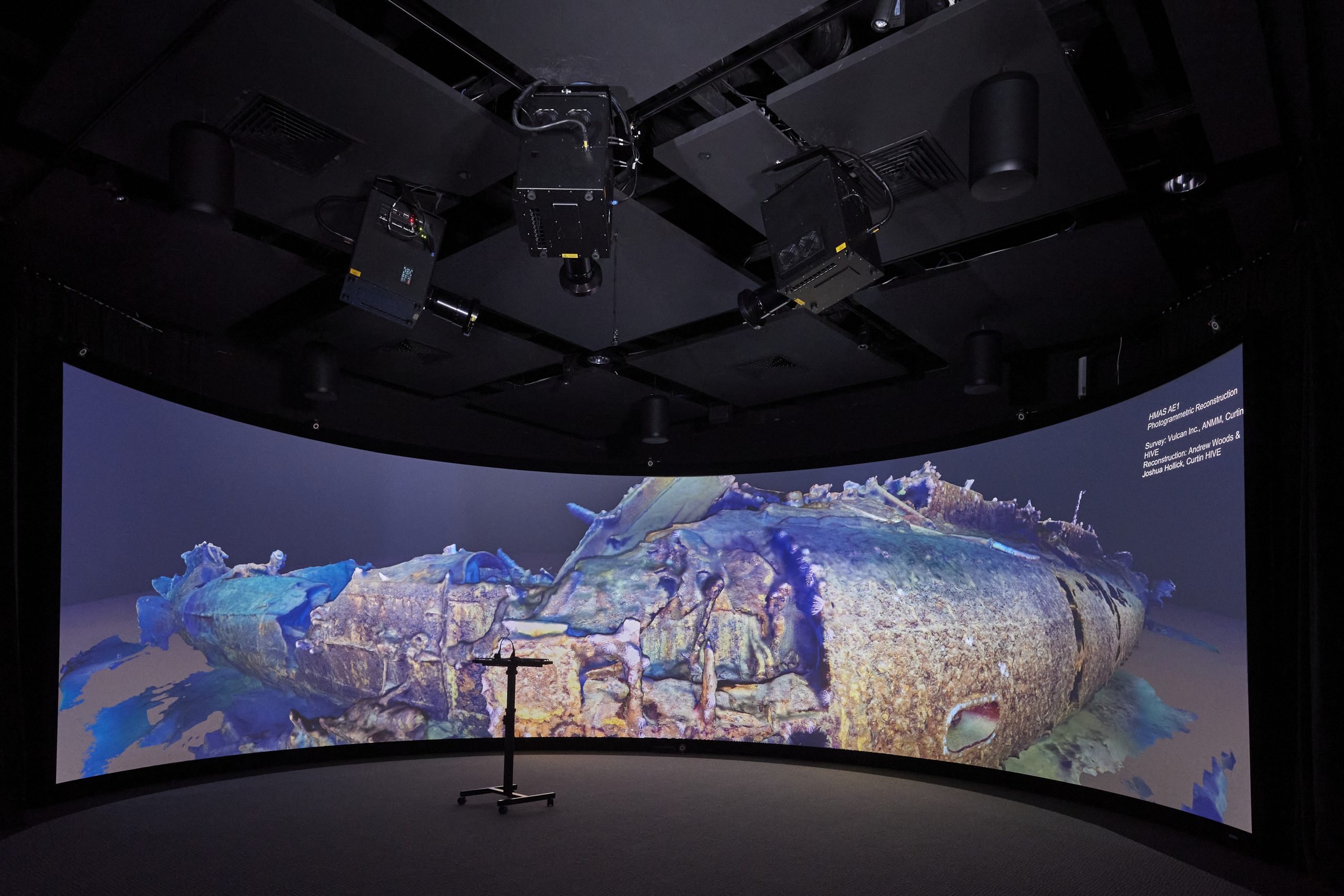 The display facilities at the HIVE, located in a 15m × 15m former gallery space, comprise the Dome display, a 4m-diameter half-dome which fills a user’s primary and peripheral field of view; the Cylinder display, a wrap-around 3D display providing a VR experience for up to 50 users; the Wedge display, a pair of 3.8m diagonal 3D displays used mainly for scientific visualisation; the Tiled display, which with 24MP resolution is used for super high-resolution visuals; and the Hologram Table, which provides two users with 3D visuals that project out of its tabletop display surface. The upgrade project focused on the Dome and the Cylinder displays.

After talking to Digital Projection, the team at InDesign Technologies, the project’s consultant, realised quickly that Digital Projection’s Satellite MLS was the only projection system that met the HIVE’s requirements (full 4K with 120Hz compatibility, and not subject to the exclusion zones that would be necessary with a class-3 laser product) – to the extent that Curtin University was willing to wait for it to come to market rather than compromise by specifying a different system.

“The Digital Projection Satellite Modular Laser System (MLS) was still in development as a technology when discussions commenced,” recalls Tanya Hall, business development manager, integrated solutions, for Amber Technology, Digital Projection’s distributor in Australia and New Zealand. Hall worked closely with Woods, InDesign, integrator Vizcom Technologies, and Emilijo Mihatov, regional sales manager for Digital Projection, to discuss and scope the technology requirements of the project, and VIOSO to develop a solution for the unique requirements of the HIVE Cylinder install.

At the HIVE, three Satellite MLS systems are installed in the Cylinder display, with a further system deployed in the Dome display. Taking advantage of the Satellite MLS’s modular nature, which allows up to 100m separation between the projection head and light source, InDesign was able to hang the unobtrusive satellite projector heads at the display sites while locating the light sources around 15m away in a server room containing the other AV and computer equipment. 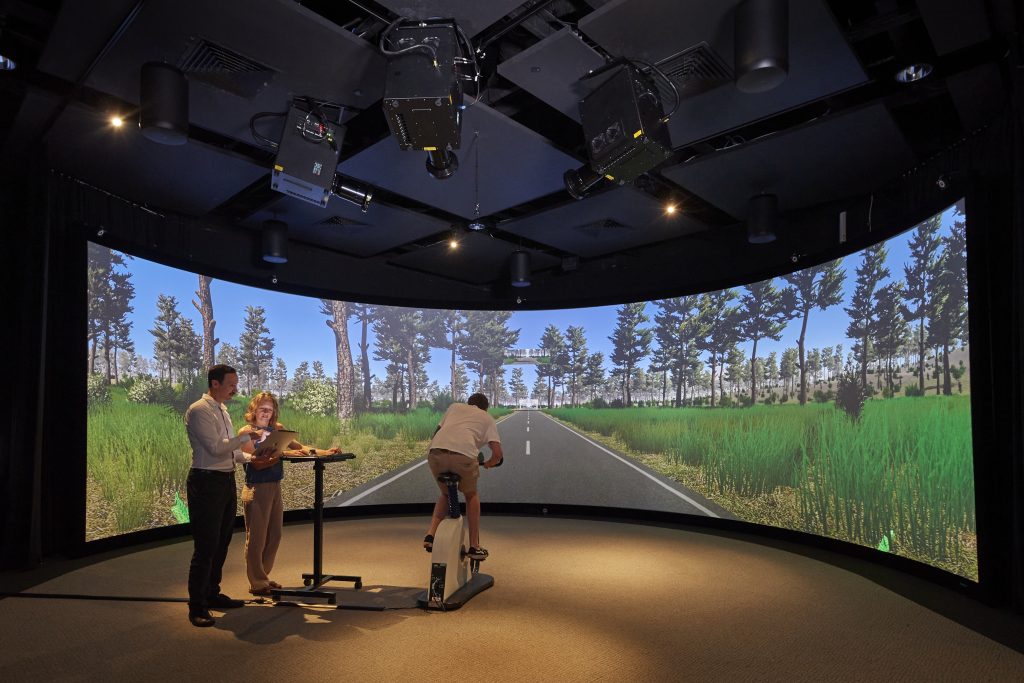 “There was a requirement for the projectors to make as little noise impact to the space as possible,” explains Scott Wrightson, project manager for Vizcom Technologies. “This made the Digital Projection Satellite MLS systems invaluable. By having the main laser processor housed in the central comms room it made the operating noise level of the projection heads very low, which in turn suited this project perfectly.”

“The Digital Projection Satellite technology allowed us to meet our needs and more, with a small head size, minimised audible noise from the head – because the light source is in the server room – rich laser-light engine visuals, and cinema-quality three-chip DLP® images, at a reasonable budget point,” adds Woods.

Not that it was always plain sailing – working with such a new technology was bound to bring certain challenges. The projectors required specialist lenses that did not, at that time, have any local distribution representation, so with the help of Emilijo Mihatov from Digital Projection, Amber Technology were able to contact the lens manufacturer and establish a trading arrangement to bring the required lenses into Australia for this project.

Similarly, with the sophisticated blending requirements for the cylinder component of the project, Amber were able to make the connection with VIOSO through Digital Projection and source the blending workstations required.

Physical mounting positions also proved to be an issue, recalls Wrightson, with a full structural reinforcement required to have the mounting beams in the correct positions for both the Cylinder and Dome displays.

“With this mounting solution also came some environmental vibrations form the building’s HVAC systems,” Wrightson continues, “which was particularly noticeable when using the Jenoptik fisheye lens in the Dome display area, so we had to design and construct a custom lens collar to negate this.”

Richard Neale, Amber Technology’s general manager, integrated solutions, comments: “As the distributor for Digital Projection in Australia and New Zealand, we were excited to be involved in the first installation in the world of this new, cutting-edge technology. For Amber Technology, the HIVE is an important first as we introduce the capabilities of the new Digital Projection Satellite MLS system to the broader market in Australia and New Zealand. The HIVE perfectly showcases the possibilities for projection in new and exciting environments.”

“It has truly been a pleasure in seeing this project come to life,” adds Wrightston, “and I hope I get the chance to work closely with the Digital Projection and Amber team again in the future.”

For the HIVE, the improved AV system is an important step forward for a facility whose work revolves around high-impact visuals. “Ultimately our aim is that the displays in the HIVE are essentially invisible to the user, just providing a window into a different world,” explains Woods. “Our aim is to put amazing visuals on the blank canvas of these displays – visuals that support the applications and research projects that our users come to us with.”

The Satellite MLS more than delivers on that aim, he adds: “Digital Projection worked incredibly hard to deliver a new-to-market product for installation into the HIVE, half-way across the world. Despite all the challenges, the systems are now in and working wonderfully.

“The Cylinder and Dome displays also have much more punch than they previously did, creating high-quality experiences for the HIVE’s users and visitors overall. We are very impressed with the result and already wowing people with the quality of the visuals and the university’s leading-edge research.”