This new audio system will aid DSA in the creation and production of spatialised audio content, as well as facilitating streamed performances, training, research, design, and integration of immersive sound installations.

“The Des Sons Animés studio really is a unique place,” said Mathieu Rossier, co-founder and president of the company. “It is a space for creation and research where artists can produce, compose, transform and spatialise their productions using 3D audio technologies. These spatial scores can be broadcast outside the studio, with faithful scaling on many other broadcasting systems.”

The company regularly organises open days, training sessions, and specific workshops around sound spatialisation and interactivity technologies, and has even adapted its services to host various Covid-mandated initiatives, like showcase events for artists and full live-streamed 3D sound events hosted by Rossier himself, who is also known by his electronic music alias, Elephantmat.

“We believe that 3D audio technologies are a natural evolution of the creative process in the world of music, and something that could profoundly affect future artistic and event landscapes,” said Rossier.

Other electronic music producers, such as Christopher Kah and Calling Marian, were keen to sing the praises of the studio.

“I had to forget about my perception of stereo sound,” said Kah. “Each sound was able to move, travel, and become shaped by the environment, going forwards or backwards.”

“The real added value with Des Sons Animés’ studio is that they put this technology at the disposal of accessible music, rather than pure sound experimentation,” added Calling Marian. “I think it’s the only studio that makes this opportunity available to artists.” 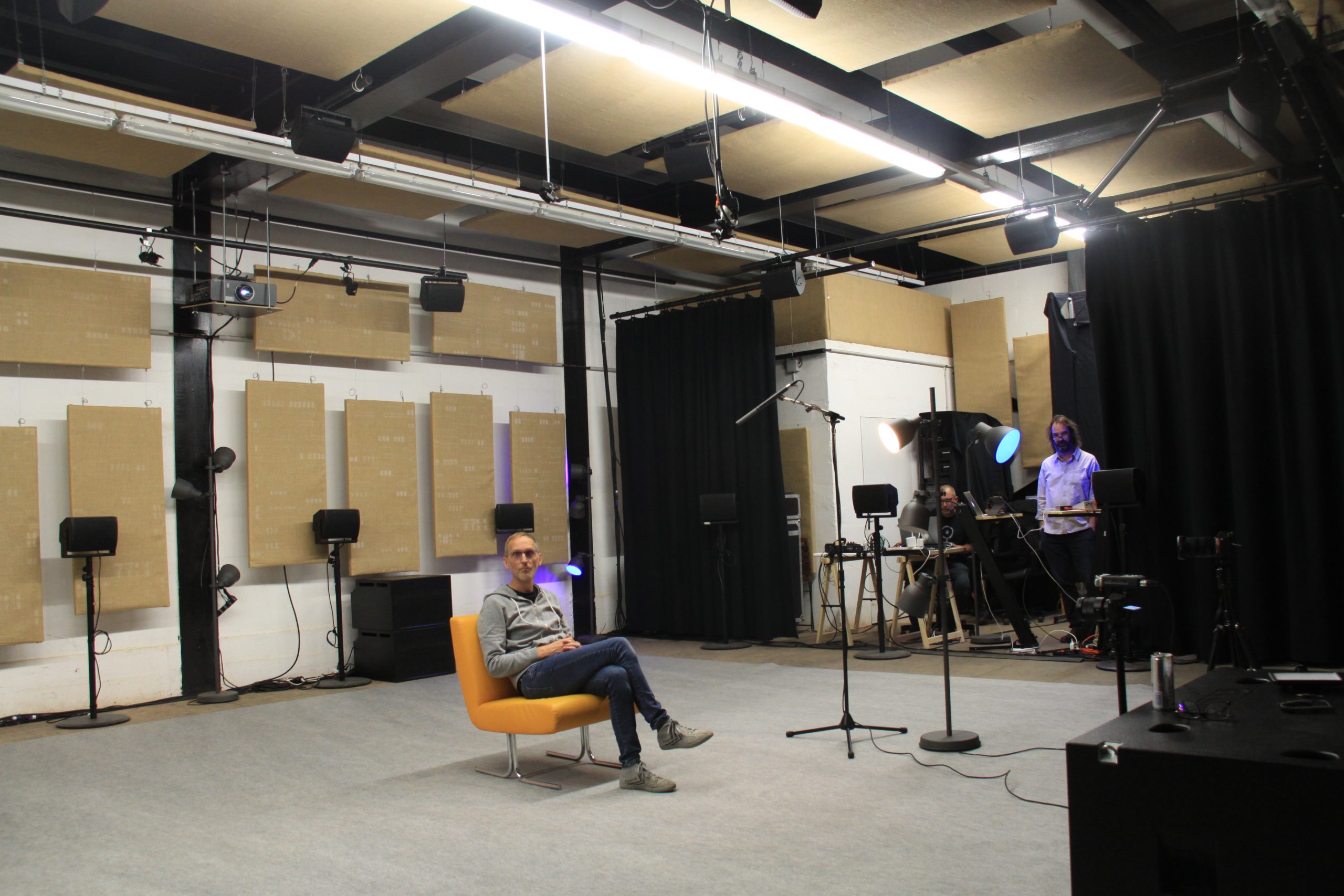 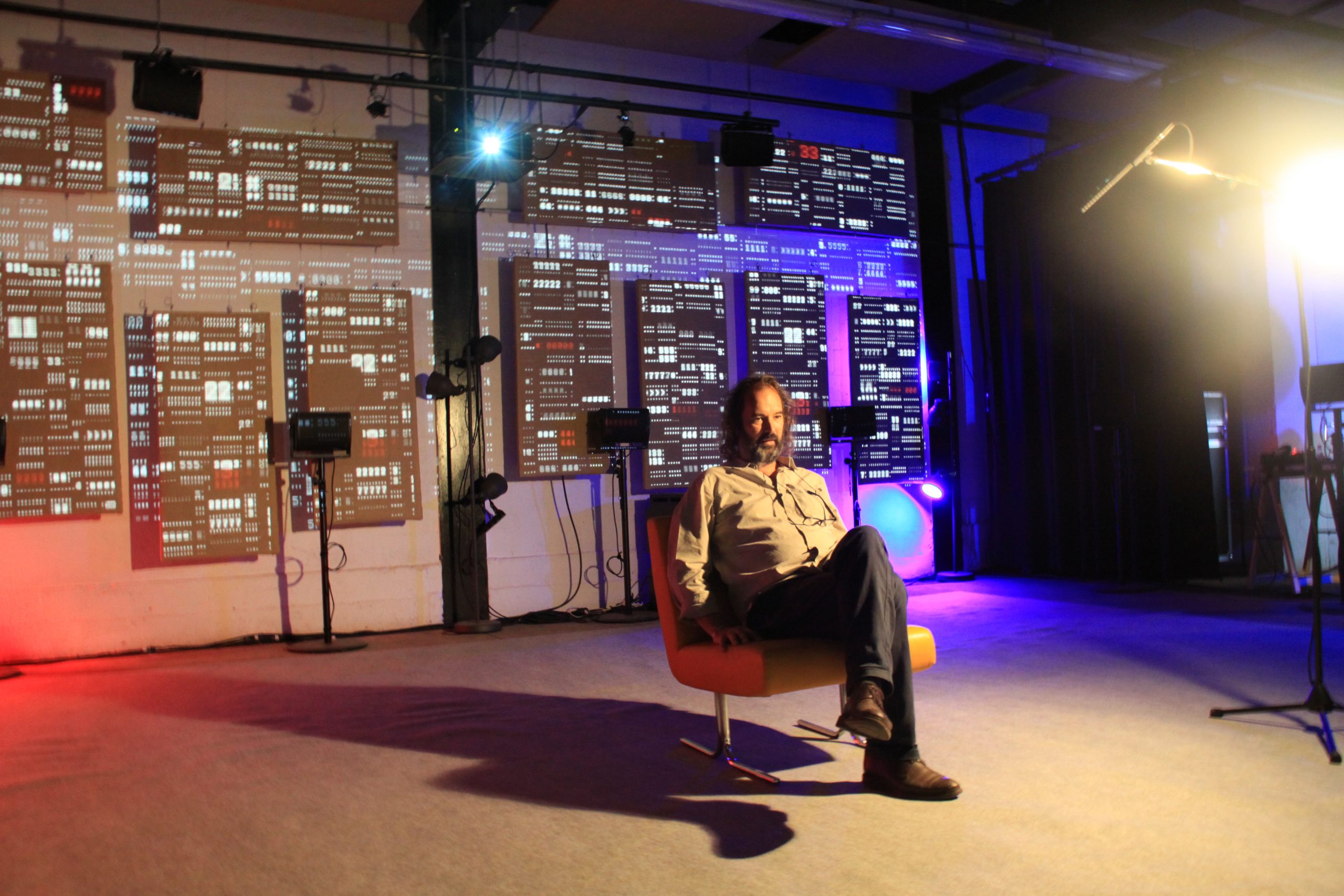 In order to explore the possibilities of the still relatively fledgeling area of live sound, the team at DSA knew their in-house audio system had to be nothing less than perfect. This quest eventually led the company to enter into an in-depth correspondence with long-time collaborator and French loudspeaker manufacturer, APG.

“I’ve worked with APG for a long time on various projects and I appreciate the team’s competence and availability as well as the quality of their speakers,” said Arnault Damien, co-founder and technical director of Des Sons Animés.

“You only have to listen to the products to know what they are worth,” he continued. “When I heard the Uniline Compact range at the Grand T in Nantes, for example, I was very pleasantly surprised by its finesse combined with its covering qualities. With it, you can make quality spatialised sound with just three points attached. My associates on Des Sons Animés trusted me on the choice of speakers for the studio, and we haven’t looked back since.”

DSA initially installed 28 of APG’s iX6 speakers in the studio, which are divided into three ‘crowns’ at different heights, as well as four SB115-M2 for bass reinforcement, which are grouped in pairs in front-to-back configuration in relation to the mixing point. Although the low end of the spectrum is completed (for now) with a double 18-inch Outline unit, the company intends to switch this out for an 18-inch APG subs in the near future.

“Once installed, the iX6s were unanimously acclaimed for their sound quality and I am delighted because I am certain I made the right choice,” said Rossier. “We specifically chose the iX6 because we were familiar with the old version, the MX1, having used a modified version of it on the immersive room of the LISA laboratory at the University of Corte in Corsica, which we completed in 2020. We were seduced by its evolution towards even better performance, particularly in terms of mastering directivity, which is integral when it comes to 3D sound diffusion.”

The team upgraded the loudspeaker layout to be compatible with the positions required by the Dolby Atmos format. This consisted of a small rotation of the 16-speaker bass ring, which remains fully compatible with sound field synthesis. “The most time-consuming part was the ceiling,” said Rossier. “We added a cross of four front-back and left-right speakers to the Dolby square, as well as a focal point. As a result, 25 speakers have been put back in place on the 28 initial ones. The three remaining speakers are now used to test certain immersive formats that require bottom front delivery points, such as Sony or others.” 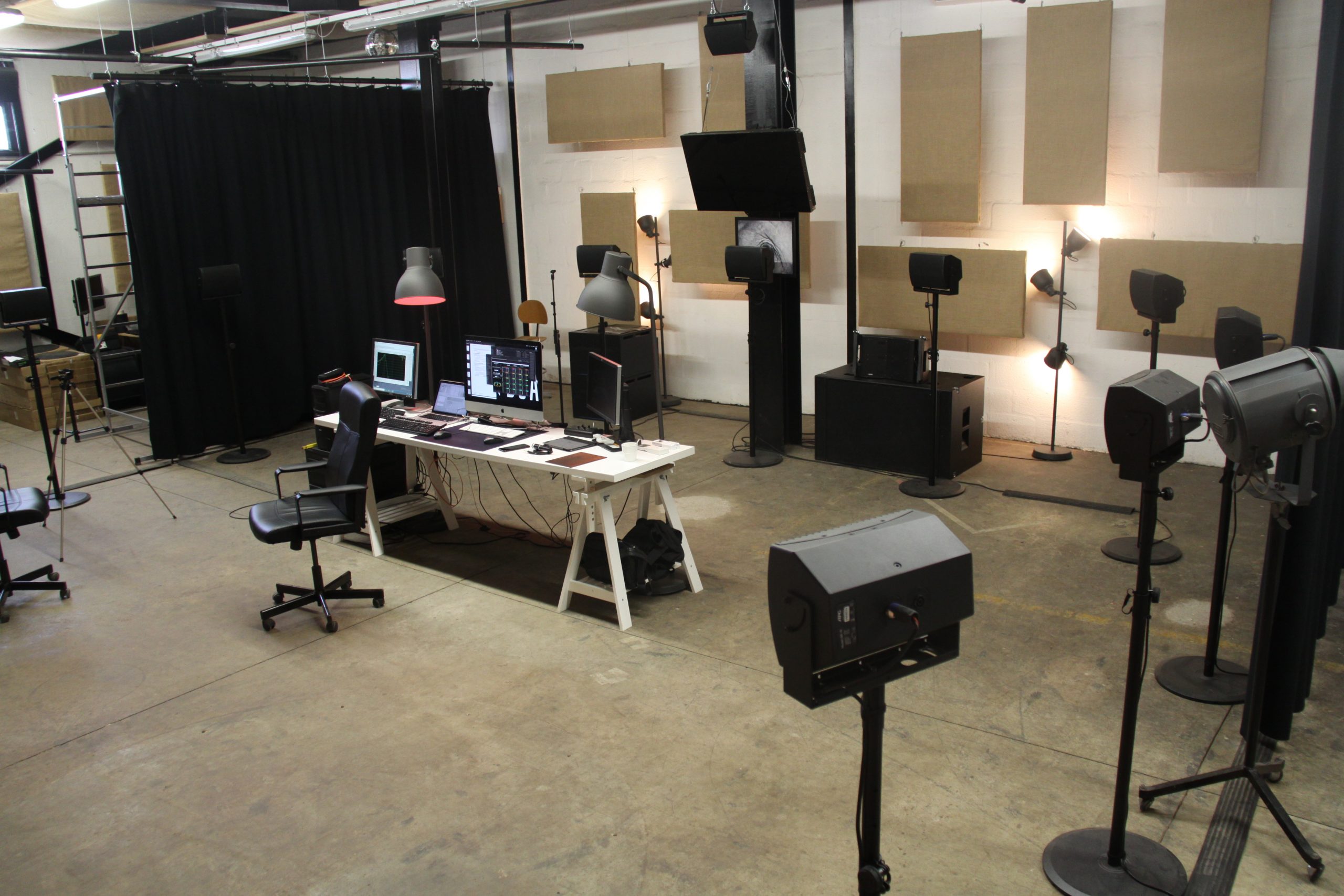 Damien added: “The size of the iX6 is perfectly suited to our needs in an immersive studio, both because of its compact size and its formidable efficiency when it comes to offering dynamics. Its finesse in rendering regularly amazes our visitors.”

The listening area at the DSA studio is 70m² on a 140m² stage and, once calibrated, the 32 APG loudspeakers were able to offer exceptional quality in terms of output and precision in the reproduction of sound spaces and timbres.

“We use a Sonic Emotion processor as a Wave Field Synthesis rendering engine, though any spatial sound system can be used,” explained Rossier. “This object-oriented technology allows us to simulate any mixing configuration, whether multi-channel, ambisonics, Auro-3D, or Dolby Atmos. In addition, we also use other tools such as the SPAT Revolution, IRCAM tools, the Dolby suite or Sound Trajectory.”

Although all residency, production, and installation projects were frozen in the wake of Covid-19, that hasn’t stopped the team at DSA from sharing its 3D sound experiments with the world.

The studio itself has been validated by Dolby France, which allows the team to mix and master any production in Dolby Atmos Music format and distribute it on compatible streaming platforms such as Tidal, Amazon, or Deezer.

“We have also started to offer 3D sound content creation services, including sound design, music packaging, mixing, and binaural encoding for corporate streaming operators,” said Rossier. “The idea is to enhance their digital events with innovative and exclusive sound content with a real function.”

Des Sons Animés has also joined the incubation programme at the French Event Booster (FEB), a programme dedicated to innovation in the event industry.

Rossier added: “On the artistic side, we reacted quite quickly to the ongoing Covid restrictions thanks to Rémi Bessaix, another of the founding partners of DSA, who imagined a workflow that allowed me to play live 3D from my studio by encoding the audio in real time in binaural to stream it. We’ve already created 20 episodes over two seasons, which had amassed over 100,000 views so far. In the future, we want to develop this solution to allow other artists to access this workflow.”

Rossier explained that, while binaural and other 3D audio formats for streaming (such as Dolby Atmos Music or Sony’s 360 Reality Audio) are ways of enhancing the individual listening experience, he does not expect them to replace group listening on a loudspeaker.

“With binaural, Atmos Music, or 360RA, there are limits to the reproduction of the 3D sound field in stereo headphones: the top elevation and back centre, for example, are poorly reproduced in that format. However, these stream-oriented formats represent a real differentiator in the digital offer landscape and make it possible to enhance a catalogue or livestream differently. Thanks to our newly equipped studio, we now are in a position now where we can explore both possibilities as fully as our imaginations will allow.”