The combination of highly skilled singers, an orchestra made up of 80 musicians, a unique atmosphere in the quarry St. Margarethen and the use of cutting-edge live event technology presented the international audience with an unforgettable experience.

It seems fitting that one of the musical highlights features the line “Nessun dorma” (none shall sleep), since although the spectacular open-air performances under the guidance of artistic director Daniel Serafin evoke a plethora of exciting emotions, sleepiness is most definitely not one of them.

Habegger GmbH was tasked with the role of delivering the audio, lighting, and video solutions for the challenging opera project. Michael Artner acted as the technical project leader.

Covering the 60m wide stage and the set that included projection surfaces of more than 1300sqm made it necessary to employ powerful projectors with exceptional brightness. 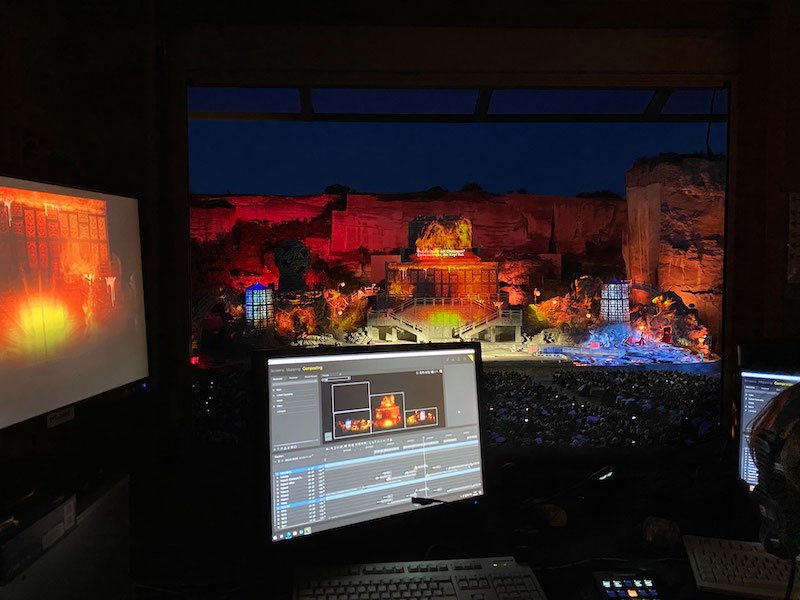 This projection house was fully climatised, with excess air being diverted to the exterior to ensure constant air circulation.

Viennese company Lichtermacher supplied and managed the AV Stumpfl PIXERA media server systems that were also controlled from within the projection house.

The unique atmosphere of the quarry environment comprising Europe’s largest natural open-air stage was further accentuated by the projection mapping content that was realised using the Austrian PIXERA systems.

Lichtermacher managing director Stefan Kuerzel described working on Turandot with the multi award winning system: “We realised on site that the stage itself and the beautiful content, which had been created based on a 3D file, did not fit perfectly at first. Using the PIXERA system’s Stacked Warpfiles feature however, we were able to realign the tiny difference without needing to re-render terabytes worth of data. During the production we also had to change the number of servers and outputs and adjust the content spreading, which we were able to do with just a few clicks.”

It was the Austrian media server system’s real time features in particular that proved very useful during the production.

“Because of the live compositing, we were able to program files and view them in preview mode without any playout gaps. We were able to change content, effects and parameters in real time. The AV Stumpfl support helped us with any additional questions that arose during the production. Using PIXERA here was great fun,” said Kuerzel.

An additional and significant visual feature was a large LED display wall, which had been carefully integrated into the overall set design, that also allowed sub-titles to be displayed throughout the performance, which helped the audience follow the complex plot of Turandot. 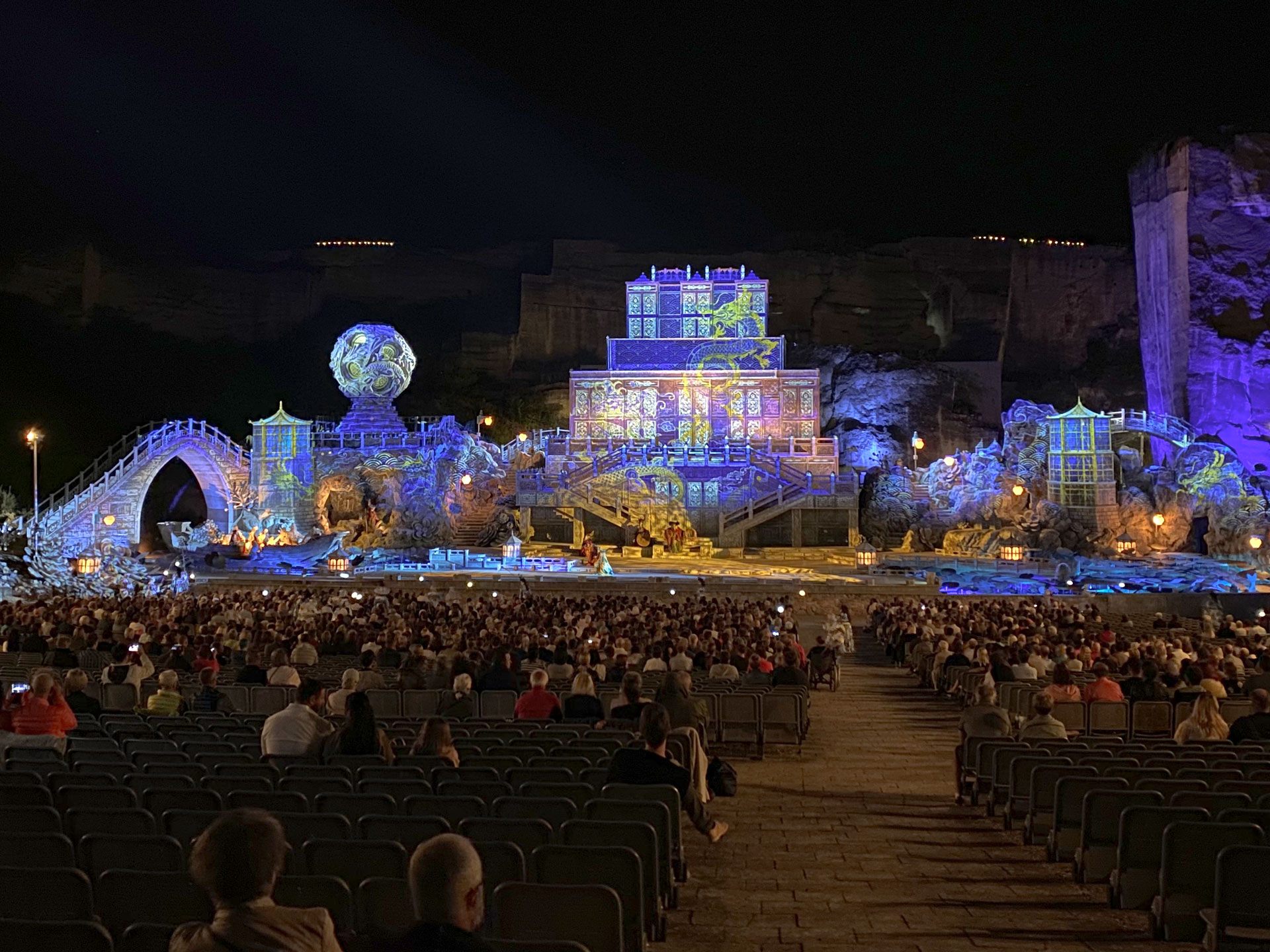 For the realisation of the lighting design aspects of the general artistic vision, MA Lighting systems were used to control a variety of different lamps and lights from manufacturers Ayrton, SGM, Litecraft and Astera.

In addition to the epic visuals, superior sound quality was another key to Turandot‘s overall success.

All in all, a total of 118 d&b audiotechnik speakers (KSL-series, V-series, T-series and E-series) were built into the stage. A TiMax system was used for tracking the performers.

The general radio communication setup consisted of Shure microphones, with additional Schoeps microphones for the choir and orchestra. A Digico SD7 QT was used for mixing.

Technical leader Michael Artner describes one of the greatest challenges during the process of turning director Thaddeus Strassberger’s ideas into a tangible reality as follows: “Being responsible for the successful technical implementation on Europe’s largest nature stage, which means a fully open-air scenario, challenges us to really make all systems fully weather- and dust-proof. From the build-up phase to the rehearsals, all the way until the disassembly phase, we are talking about three months where all equipment is exposed to the elements and has to be operational throughout.”

The audience was highly impressed with the exciting and opulent production of Turandot at the Opera in the Quarry Sankt Margarthen, that seamlessly combined timeless classical music and cutting edge live event technology to create an unforgettable and extremely enjoyable experience.